The future of the human race relies, in part, on water sustainability. Malthusian theorists predict water will become the most valuable commodity traded and accessible to only the highest bidders; while this might sound farfetched and dystopian, consider that freshwater scarcity affects approximately 4 billion people globally, according to the United Nations World Water Development Report 2019. A prevalent misconception is that water shortage only truly affects resource-poor parts of the world. When you think of a water shortage in the UK, for example, you picture hosepipe bans affecting the growth of people’s lawns and flowerbeds. While this might be annoying for some, it certainly doesn’t compare with other environmental issues such as the amount of plastic in our oceans and the rising temperature of the planet. In March 2019, water scarcity hit UK headlines when Sir James Bevan, chief executive of the Environment Agency, warned that England will run short within 25 years. There are similar estimates elsewhere in the world; according to The Guardian, 50% of the world will be living in water-stressed areas by 2025. Over the past couple of years, the public’s awareness of the damage that plastic is having on our planet has increased to unprecedented levels. Never before has an environmental issue become so engrained within our consciousness. And yet while plastic dominates much of the news coverage around environmental issues, the parched cries from the world’s water crisis are being drowned out. Orbital Systems are trying to change that.

Is there water on Mars?

I’m CEO and co-founder of Orbital Systems, a water technology company based in Malmo, Sweden. We’re known for designing and manufacturing the Scandinavian-designed Oas shower, a system which reduces the amount of water and energy used by up to 90% and 80%, respectively, by recycling in a closed loop. The inspiration behind the company, and the Oas, stems from my days as a student at Lund University, where I studied Industrial Design. During my studies I took part in a collaborative project with NASA’s Johnson Space Center called ‘A Journey to Mars’, which focussed on addressing some of the major challenges that humans will face should we ever inhabit the red planet. During this collaboration, it became painfully clear to me that for us to survive on another planet we would need to devise a way of recycling water. The freedom to design cutting edge technology, combined with the humanitarian goal, led to the seeds of Orbital Systems being planted in my mind. There’s no doubt that the origins of the company are deeply rooted in the interstellar industry (the clue is in the name…) but to me, it seemed illogical to be designing solutions for something that might never happen when water scarcity is currently affecting millions of people around the world. So, we got to work.

How does the Oas work?

The Oas works by recycling clean, filtered, and heated water in a closed loop. This means that it requires just 12 litres for a 10-minute shower, compared to a traditional shower which needs 100 litres. As the water from the shower reaches the drain, a sensor checks it 20 times per second to gauge whether the water is worth purifying. If so, it is recycled through the system where there are three different purification technologies in place: a microfilter strains out larger particles such as skin or hair, a second filter removes nano-sized impurities such as bacteria and blood, and an ultraviolet light kills germs, making it cleaner than tap water. The cleaned water is then sent to the showerhead with a heater warming it to a pleasant temperature. The process is repeated for the duration of the shower and occurs without a decrease in water flow. Users can track their savings in real-time through the Orbital Systems mobile app; their hope is that by presenting tangible data that demonstrates water savings, people will be more considerate with their consumption.

While innovation exists to combat the various environmental threats to our planet (be it plastic, climate change, or water wastage), legislation is failing to keep up. As an example, existing regulations are designed to waste 100% of water because the concept of purifying it after it’s left the pipe, which is what the Oas does, is still so new. Technologies that can have a lasting impact on the health of the Earth are advancing so rapidly that laws simply cannot adapt fast enough. If governments want to achieve their sustainability goals, this needs to change urgently. What’s more, politicians need to increase the degree of consultation with engineers and scientists. The water (and, more broadly: energy) debate is one clear example of the yet-to-be-perfected relationship between legislators and technologists. It is difficult for the former to keep up with the latter, and steps must be taken in order to better align the two groups.

From NASA to the wilderness

Orbital Systems recently signed a partnership with PassivDom, a company that builds autonomous 3D-printed intelligent homes, which will see our Oas shower installed as standard in its self-sustainable units. With clean energy and sustainability being the core focus of PassivDom’s homes, the Oas shower will be solar-powered and can be equipped with an off-the-grid air-to-water system, with condensation being drawn from air humidity. Our common goal is to use smart engineering to pave the way for sustainable living. As we move forward, we hope to help contribute to the new era of off-the-grid living and assist in providing more green, flexible and functioning dwellings for all. To date, the Oas shower has helped save over 10 million litres of water, a figure that grows rapidly with each new unit we well.

Water is a finite resource, and the effects of population growth and climate change will only continue to highlight its scarcity. Thankfully, both individually and collectively we can limit our impact, and new technologies can help us in doing so. Engineers are rapidly producing sustainable technologies that offer convenient ways for people to transition into resource-efficient lifestyles; hopefully, the legislation will catch up soon. 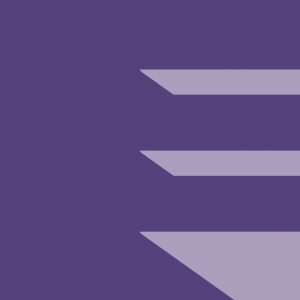 More on the author, Mehrdad Mahdjoubi

CEO and co-founder at Orbital Systems