How AI is changing pharmaceuticals

From product recommendations and smart assistants to self-driving cars and robotics, over recent years artificial intelligence has played an increasing role in our daily lives. One industry where this increased presence is particularly impactful is our healthcare, which is being transformed along the pipeline from research through to patient care.

We sat down with Peter Richardson, VP Pharmacology at BenevolentAI, to hear more about how drug research and treatments are being transformed by these technological advances, and to get a glimpse of what healthcare might look like in the near future.

Tell us first a bit about yourself and what you do.

I’ve been with BenevolentAI since its inception in 2013, firstly as a co-founder and for the last 2 years as VP Pharmacology. My primary responsibility is to traverse our Knowledge Graph to identify new targets for therapeutics and to advise on drug discovery and development.

How does machine learning work and how do you apply that in Healthcare?

With so much biomedical information being published daily, combined with the inherent complexity of human biology, it is hard – if not impossible – for humans to put together the clues that exist in the data in order to discover and develop life changing treatments.

So we have spent the last six years building technology that empowers scientists to make sense of all of this information and decipher the complex mechanisms underlying human biology.

While many companies focus on one component of drug discovery, BenevolentAI applies data and machine-learning driven methods across the drug discovery journey, from the processing of scientific literature, to knowledge inference, precision medicine, and chemistry optimization – each leveraging domain expert knowledge and state-of-the-art research.

These AI models ingest scientific literature at scale, deriving contextual relationships between genes, diseases, drugs and biological pathways. This leads to proposing novel or optimal drug targets and mechanisms, as well as identifying the patients who will respond to treatment. Such relationships may be completely new, or unrecognised but hidden in the overwhelming volume of biomedical information that is now available. Significantly it allows us to prioritise such relationships in the context of the action of the many pathways and processes operating in the disease being studied.

We are developing our own internal R&D pipeline of drug programmes in disease areas such as neurodegeneration, immunology, oncology and inflammation. We also collaborate with leading pharma companies and research organisations.

What sort of impact is AI having in healthcare?

The pharmaceutical industry is facing an R&D crisis. The current drug development model takes approximately 10-15 years at a cost of 2.6 billion dollars. What’s more, about 50% of late-stage clinical trials fail due to drug action at inappropriate targets, either because the effect of the drug on the target does not significantly affect the disease process in patients or due to unacceptable side effects.

By extracting text from scientific papers, AI can help to identify relevant information faster and infer links between biomedical entities – such as drug targets and biochemical pathways – often with relatively little information. The ability of AI to assemble and query vast amounts of scientific literature derived from effects in seemingly unrelated organs, tissues and diseases helps to identify previously unsuspected relationships. AI also helps to efficiently design the most effective drug, and helps define patients in which to test that drug to drive greater clinical success. The other thing that AI and machine learning can help to do is expand the drug discovery universe by making predictions in more novel areas of biology and chemistry.

How are you using AI to tackle Covid-19 and how does the approach differ to more traditional efforts?

Our primary aim is to use our technology to improve the treatment of chronic diseases, with high unmet need, through the development of new drug treatments. However, we can also use our machine learning models to identify new therapies that target multiple processes, such as in the case of COVID-19 treatments. This is a big undertaking. It could only be achieved through the use of state-of-the-art machine learning models and tools used by experienced drug discoverers.

In late January, responding to the escalating global public health crisis, we set up a specialist scientific team and launched an investigation using our AI drug discovery platform to identify approved drugs that could be given to patients immediately. I used an in-house algorithm which visualizes the relationships within our knowledge graph to identify the gene products – RNA or proteins – of endocytosis (the process used by the SARS-CoV-2 virus to infect cells). I recognised two drug targets integral to endocytosis which could be inhibited, and thereby reduce viral infectivity. We recognised that crucial to the success of a new treatment would be a drug which reduced the inflammation responsible for the fatal consequences of this disease. The knowledge graph revealed six approved drugs which inhibited the identified endocytosis drug targets, three of which were also anti-inflammatory. Of these three, baricitinib inhibited these targets at plasma concentrations routinely seen in rheumatoid arthritis patients being treated with the drug. This whole process only took one week, which would not have been possible without the AI enhanced knowledge graph and associated algorithms.

Baricitinib works by inhibiting the JAK1 and JAK2 enzymes responsible for mediating the signalling of small proteins called cytokines within cells; it is known to have the effect of reducing inflammation in the body. The use of AI enabled us to identify the anti-viral properties that could reduce viral infectivity while also reducing the body’s extreme immune response (referred to as the cytokine storm). Baricitinib is a small molecule, taken orally and cleared from the body unchanged through the kidneys. This enormously reduces the risk of drug-drug interactions when used in combination with directly acting antivirals such as remdesivir.

In summary, because of AI we were able (within one week) to query cellular processes subverted by viruses, understand the (druggable) regulatory mechanisms involved, and then identify approved anti-inflammatory drugs which control these processes.

Is it possible to tell why an algorithm has arrived at a certain solution or recommendation for a drug?

While this is not my area of expertise, I know that many systems work as “black boxes” – they provide a solution, but do not explain “why” and “how” it was reached. For humans – who demand transparency, evidence, and a clear understanding of rationale – this inability to explain decisions results in a lack of trust in AI and thereby delays researchers adopting technology.

In the case of Benevolent, typically, the simpler the model is, the easier it is to explain why it has arrived at a certain conclusion. Explainability is absolutely helpful to improve an algorithm: it’s a mechanism through which scientists – such as myself – can help improve predictions by helping it steer in the right direction.

What does the future of healthcare look like to you?

Despite some challenges, the opportunities are great. We have already seen some early successes where AI accelerated discoveries in target identification, drug optimization, and repurposing and revealing completely novel processes for further investigation.

AI is also increasingly being applied to personalized medicine: identifying patient groups that might respond best to a specific treatment. In this case, AI works similarly by analyzing vast amounts of data, often both genetic and clinical, to propose patient groups and treatments. It will then be possible to tailor drugs to specific patient populations – increasing the success rate in drug development, and reducing the cost of drugs and increasing drug response rates

The case is compelling: AI is capable of shifting the dial towards a model which is faster, cheaper, and more efficient, while expanding the search for treatments in typically neglected disease areas that are crying out for new approaches. Together, humans and machines will significantly improve health care in the near to medium term. 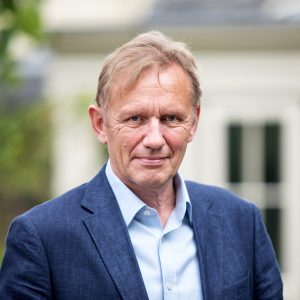 More on the author, Peter Richardson

Peter Richardson is VP Pharmacology at BenevolentAI. Between 1989 and 2006 he served as a Lecturer and Senior Lecturer in the Department of Pharmacology, University of Cambridge where he pioneered research into drug discovery for Parkinson’s disease and inflammation, as well as new gene expression technologies. He is the author of over 70 peer-reviewed scientific papers.